Somewhere in Real Life Top Ten Greil Marcus mentions that there wasn't a 60's noir novel until Thomas Pynchon's Inherent Vice. I think that's probably true, and I think it illustrates how difficult it actually is to get noir right. It's a lot more than atmospherics. True noir is a clear eyed acceptance of the reality of American life, an acknowledgement that the promise of the New World, and particularly, although not exclusively, California, is always compromised by history.

I spent Sunday listening to Tom Verlaine and thinking about why noir is rare in rock and roll. I'm not sure, but I suspect that part of the reason is that rock and roll is mostly about redemption.

I have little patience with the notion that the United States- the richest nation in the history of the world by whatever metric you might like to use- has an immigration crisis. In reality the country is under-populated, and is facing a demographic crisis if we don't start allowing the people who want to live and work here to come and live and work here. To the extent that there is a crisis it seems to me that what we are looking at is an administrative issue: how can we process the people who want to come and live and work here in an efficient and humane way? The rest is just racism.

Jeff Beck, the guitar god's guitar god. Linked forever with his predecessor and successor with the Yardbirds, even though the work that put that band on the map was essentially all his. Left that band and recorded two sides that set the template for basically all the hard rock that followed. If that band had stayed together, I've long maintained, Led Zeppelin would have been a footnote, but of course that's not how it happened. What followed was a series of albums that were pretty consistently disappointing, chiefly because, apparently he couldn't find a singer he could get along with- until he came up with two terrific instrumental sets, Blow by Blow and Wired. Thereafter he turned out sets that usually had something interesting going on, but never seemed to be essential. The last one I have on my shelves is 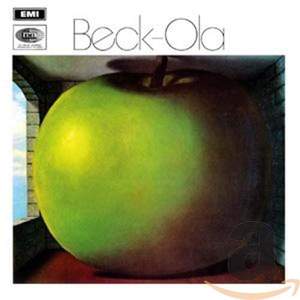 Emotion & Commotion which is a mix of nice instrumental work and some tracks with a featured vocalist. Joss Stone appears on a couple, and does a nice job, as does Imelda May.  Iconic is as good a word for him as I can conjure: for rock and rollers of my vintage he will always be one of the first names to spring to mind when the conversation turns to guitarists. He had a knack for using distortion in furtherance of melody that was a real innovation. There probably isn't anyone playing electric guitar today that he didn't influence.

Interesting article on In re Humphrey's Estate. Professor Craine argues that historically and substantively the Federal Trade Commission does not operate as a "quasi-judicial and quasi-legislative" body but is instead an arm of the Executive Branch. He is essentially arguing that the FTC's authority is unconstitutional, I think, one more nail in the coffin of the administrative state although he doesn't come right out and say so.

Humphrey’s Executor was the product of a broad coalition of Su-preme Court Justices concerned with the overexpansion of presiden-tial power. It legitimized the administrative state by enunciating vision for Progressive-technocratic administrative legislating by inde-pendent and nonpolitical experts, and adjudicating of anticompetitivepractices. A century of experience has shown that the FTC’s actualpractice conforms very little to this vision. It is independent from thePresident but inclined to the will of Congress, not uniquely expert,and not predominantly legislative or adjudicatory. Rather, its pre-dominant character is that of a law enforcement agency. 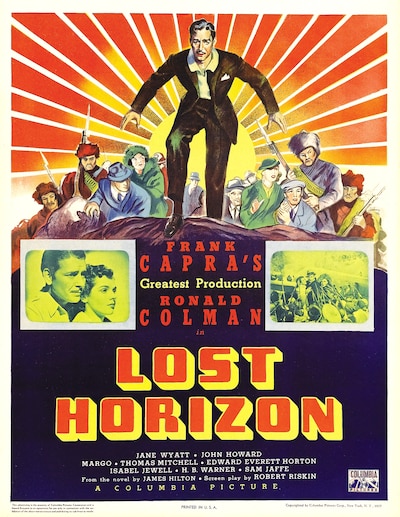 For reasons best known to my subconscious I've been meaning to re-watch Frank Capra's "Lost Horizon" (1937) for a little while, so last night we did. I was surprised by how little of it I actually remembered, and All that said, it is an interesting artifact from a time when optimism about the fate of the world and a belief in our common humanity were in short supply. Of course, this was Capra's great theme, and it might be interesting to survey when movies that express utopian ideals appear in a historical context. impressed by the lavish production design. In the back of my mind I think I recall knowing that it had been one of those Hollywood movies where the director went all in and substantially over-budget, and you can see where the money went. Although I have not seen "Avatar" it seems to me that the two movies have in common both that, and a kind of naive idealism. I was also struck by what might be called the Orientalism, or to be blunt, the casual racism..

All that said, it is an interesting artifact from a time when optimism about the fate of the world and a belief in our common humanity were in short supply. Of course, this was Capra's great theme, and it might be interesting to survey when movies that express utopian ideals appear in a historical context.

Further adventures in crate-digging. Danko was the first member of The Band to record an album under his own name. As far as I can tell it was never released on CD in the US, and it doesn't stream. Too bad; it's pretty good. Not life changing good, but at least as good as a middling album by The Band- Cahoots, say. The other members of The Band show up on these tracks, along with,  inter alia, Eric Clapton, Dr. John, Ronnie Wood and others of that ilk. Interestingly, Danko gets composing or co-composing credits on all of the songs. 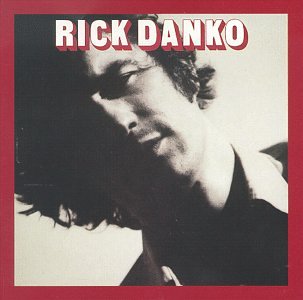 The whole solo album thing from that period is a funny thing. The other day on Sirius Radio I heard a cut from John Entwistle's Rigor Mortis Sets In. I suppose it might have been fun to have made the record, but  the decision by the label to release it has to have been a pretty clear cash grab. "The kids love The Who- let's see if they go for this." See, also, Bill Wyman's Monkey Grip. I wouldn't put Danko's set in that category, quite. He wrote some songs which are pretty okay, and the group he was in wasn't going to record them, so why not take a run at it?

Over the summer, as part of my inquiry into the music of The Band I found a copy of this, Libby Titus' first album. It's an interesting artifact. Released in 1968 on Hot Biscuit Records it is all cover songs- three Lennon-McCartney, a Paul Simon, a couple by John Sebastian and some other familiar material from that period. Ms Titus shows that she is an expressive singer, with a range and timbre that put me in mind of Blossom Dearie, but the material- and the lush orchestration, doesn't do her any favors, and in the final analysis this set puts me in mind of what I might have heard in a coffeehouse. Her big label release, in 1977, had four big name producers- Phil Ramone, Robbie Robertson, Paul Simon, and Carly Simon, is likewise interesting- Columbia Records obviously went all in on it, but although I think I heard some of it here and there back then I can't say I ever saw a copy. The music biz was different back then, I guess.