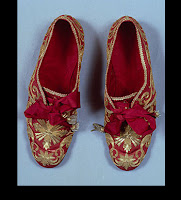 I've been thinking about the upcoming Papal Enclave, and what I've been thinking is, "Why is this getting so much attention?" Okay, sure, there are a lot of Roman Catholics-- the CIA World Factbook says 16.8% of the world's population are Catholic. Roman Catholics seem to be the largest religious group with a single religious leader, too, so I guess that's a reason. It is also true that the Roman Catholic Church has been unusually visible as a criminal enterprise lately, and that its record in that regard has historically been significant. Given the particularly lurid nature of its offenses I suppose a fair amount of media coverage would be inevitable. Even so, at least as regards most American Catholics, it seems to me that the Popes are pretty irrelevant. Bishops and Archbishops and Cardinals mostly run the show-- they are the guys who are the CEOs of the dioceses-- they run the schools and the hospitals and the churches and the charities. I do not think that most American Catholics really care much about what Bishops and Archbishops and Cardinals have to say about the fine-grained issues of day-to-day religious practice however, and if that's true, why care about who the next Pope will be? People are going to use or not use contraception as they personally see fit. There was a brief moment when some people got all worked up about Affordable Health Care Act, but I think mostly everyone recognized that particular tempest for exactly the trivia it amounts to.

All that said, what I think it all comes down to is that what we are looking at is a kind of medieval circus. Red shoes and magic rings, and robes and murmured Latin. It all looks like a Harry Potter movie, and it has about as much relevance to the way people live. It's nice for the media-- they get a trip to Rome out of it. For the rest of us it seems rather silly.

| Comments:
I think people like papal conclaves for the same reasons the enjoy royal weddings.

While I do admit to the seeming irrelevence of the election of a Pope, as a practicing Catholic, I do believe in the power of prayer. For the Cardinals who will vote and for all the Catholics who will join them in praying that they will elect a truly holy leader this time, there will be a lot of very fervent praying going on. Does praying reach the Source of Everything? I believe so. That's why I pray.