Using the parable of the Prodigal Son as his jumping off point David Brooks, Moron Esq. tells us:


We live in a society in which moral standards are already fuzzy, in which people are already encouraged to do their own thing. We live in a society with advanced social decay — with teens dropping out of high school, financiers plundering companies and kids being raised without fathers. The father’s example in the parable reinforces loose self-indulgence at a time when we need more rule-following, more social discipline and more accountability, not less.

Of course, David Brooks' head is stuffed with straw, but this whole erosion of moral values thing has 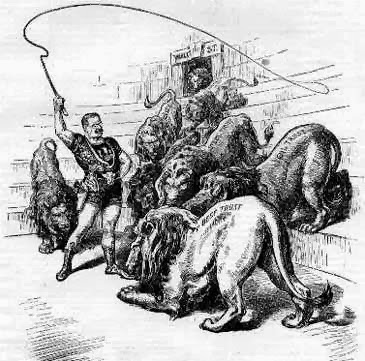 really got my goat. Where is the evidence for the proposition that morality is eroding in American culture? Does Brooks seriously believe that there is more corporate plundering in 21st Century America than there was at the start of the 20th Century? I mean, sure income disparity is probably one of the top two or three social issues we are facing right now (climate change has to be on the list too), but that can't be what Brooks means, can it?


We live in a divided society in which many of us in the middle- and upper-middle classes are like the older brother and many of the people who drop out of school, commit crimes and abandon their children are like the younger brother. In many cases, we have a governing class of elder brothers legislating programs on behalf of the younger brothers. The great danger in this situation is that we in the elder brother class will end up self-righteously lecturing the poor: “You need to be more like us: graduate from school, practice a little sexual discipline, work harder.”

Ah. There it is. Did you catch it? Sex, that old bugaboo. Some people, presumably the Poors, are having more sex than our Mr. Brooks approves of (which probably equals more sex than David Brooks has, which is probably not much. Also, guessing here, sex that is different from the sort of sex that David Brooks likes to think about having.)

This kind of thing is exhausting. Honest to goodness, where the hell does David Brooks get off telling me that American moral standards are fuzzy?