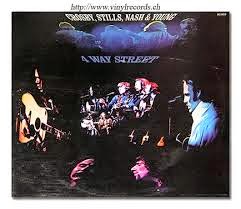 The release of the Crosby, Stills, Nash and Young live 1974 set has meant that I've been hearing a lot of CSNY lately. Man, they were big back in the day, weren't they? And they were really designed for maximum commercial success, right from the get-go. The story is that the former Byrd and the former Buffalo Springfield decided that the band would have their names  so that nobody else could exploit their brand. The former Hollie, I suppose, amiably went along. The discography is illuminating: Crosby, Stills & Nash was released in 1969, Deju Vu appeared in 1970 followed by Stephen Stills and If I Could Only Remember My Name. 1971 brought Songs for Beginners, Everyone Knows This Is Nowhere and After the Goldrush, and then it was time to cash in with a live double, Four Way Street. Man, I wore my copy of Four Way Street smooth. After that the guys went their separate ways for a while, presumably because Crosby was hogging all the good drugs. In 1974, following Stephen Stills 2 (that's the one with "Change Partners" and an all-male chorus with jazzy horns singing "It's disgusting". Click the link-- I dare you.), the Crosby/Nash collaboration, Manassas (another brick in rock's fetishization of the Confederacy, and not the last), Harvest, Journey Through the Past, and Time Fades Away. Someone wasn't having a problem with producing new material, but Neil Young is mysterious, and went on tour in 1974 with the fellas, presumably for reasons of his own. Looking over the track listing on the new set it seems pretty plain that Neil was the guy who was doing the most writing: the new stuff is mostly all his. And that brings me to my question: Was CSNY as good as we thought at the time? 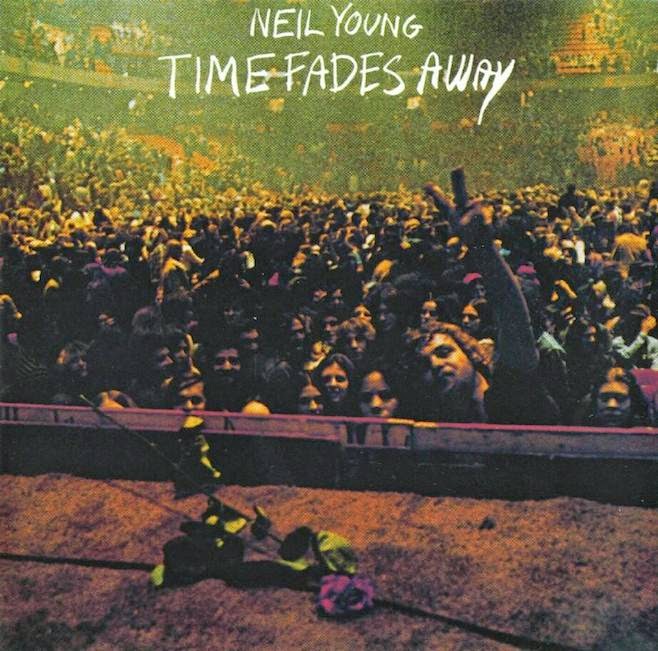 What it looks like to me is that what we had with this -- collective, I guess-- was a genius in Neil Young, a very capable musician in Stills, and a couple of good harmony singers. I'll go further: except for Young the group's politics were simplistic, and its sexual politics were loathsome. "Carry On" came on the radio this morning, and of course I listened, but you know what? It might as well be by Yes for whatever coherence it has. It doesn't even rise to the level of doggerel, although it sure is pretty. Does it hold up? Hard to say. What I think I want to do is trap some college students in a room and play them Four Way Street. I'm listening to it right now, and I just can't tell. "Teach Your Children" would be the most cloying song in the world if not for "Our House", but damn-- those harmonies. (And hey, how come Nash is the English guy, but Young calls a truck a 'lorrie'? Canadians don't call trucks lorries!) What I guess it comes down to is that it was a moment. Ain't nobody rushing home tonight to slap Manassas on the turntable (and I'd have bet a doughnut that it wouldn't be available on CD-- shows what I know). On the other hand, I might go home tonight and play Time Fades Away.

| Comments:
I guess you're right, it's about the harmonies, because you can more or less sing along, and isn't that about as far as that particular generation of hippies ever thought things through to? For all the long hair and flowers, it wasn't exactly a political movement away from anything their fathers and mothers wouldn't have recognized, even the screwing. Young was the only one from this group who wanted something more from the music, even if he seems not to have been able to settle one way or another on pretty or hard. But I picked up a greatest "hits" anyway, just for the singing, even if I should have waited for this reissue.

How is a Greatest Hits collection different from just getting Crosby, Stills and Nash and Deja Vu? Or, for that matter, Four Way Street? Re-listening yesterday I have to say that the jam on "Carry On" was pretty rockin'. When Neil Young goes into full-on freakout there is nothing else like it. On the other hand, I remember liking the Graham Nash stuff a lot more than I do now.

Answered your own question, I guess. Nash was the pretty one, and so were his songs, and that's about as far as that goes.