Judith Miller does not seem to possess any sort of moral compass whatsoever, and seems to me to be as close to being an actual war criminal as it is possible for an American journalist to be. Jon Stewart, in this interview clip, demonstrates how actual journalists should conduct interviews. I'm not saying it's easy to do this sort of thing-- in fact, I believe that what Stewart does here is a very technical skill-- but it is something that reporters should be able to do, and it would-- maybe-- have saved many, many lives and billions of dollars if Miller had approached her job the way that Stewart approaches his.

The New York Law Journal has published my letter about the crisis in legal education:


Dean Jill Backer's article "JD Advantage Versus JD Required: The Old Rules No Longer Apply" (Special Report: Law Schools, NYLJ April 20) was dangerous misinformation, and the New York Law Journal should have vetted her conclusory arguments more carefully.
I've been practicing for more than 30 years, and I've heard time and again that a JD is a versatile degree. While I suppose it is true that a law degree does not necessarily damage one's career prospects in non-law fields (I would dispute this, by the way), six figures of non-chargeable debt is a hell of a price to pay for a credential that confers no real economic advantage. An MA in history is a fine degree to have too, and every bit as useful for someone who does not wish to practice law.
Here's the deal: I know people who went to law school, practiced for a bit, and then moved into non-legal careers. I know people who never worked in the legal profession after obtaining their law degrees. I do not know anyone who entered law school anticipating that this would be the direction that their careers would take. Oh wait, I take that back. Two of my classmates were tenured social science faculty at my university—a husband and wife—who obtained their degrees for free, on a lark. They were fun classmates, but rather unusual, I think.
We do prospective students a huge disservice with the lie that a JD is just a handy thing to have around, like a hammer or a roll of duct tape. A law school education is a specialized form of professional training that is pointed toward one thing, and that thing, a career in the law, is becoming increasingly rare.
Being a lawyer hasn't been a path to wealth in a long, long time but it used to be a way to make a decent middle-class living. Now that's not even true. Ours is a profession in crisis. The responsible thing to do would be to rethink and re-scale legal education so that we don't end up destroying young lives and careers that might otherwise be happy and productive.

William C. Altreuter
The author is a founding partner at Altreuter Berlin in Buffalo 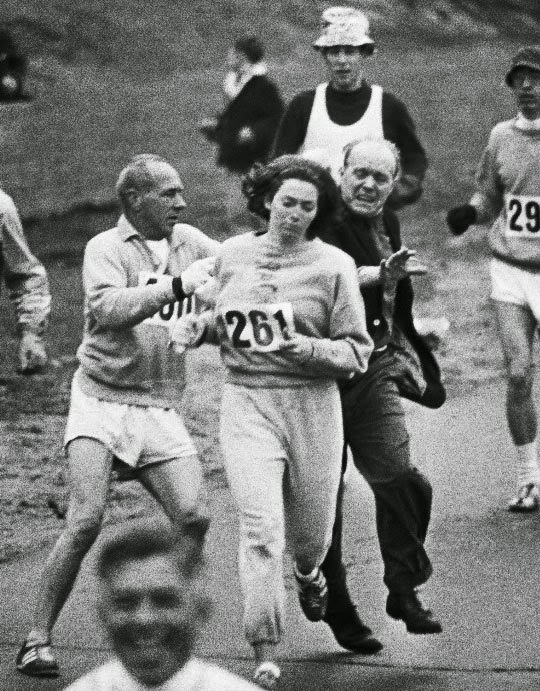 Driven from bed by pain in his toe one October night, Ben Franklin imagined a parley with his tormentor:
FRANKLIN. Eh! Oh! eh! What have I done to merit these cruel sufferings?
GOUT. Many things; you have ate and drank too freely, and too much indulged those legs of yours in their indolence.
FRANKLIN. Who is it that accuses me?
GOUT. It is I, even I, the Gout.

I'm in the clear at the moment, which is just as well-- nobody sympathizes with sufferers of the gout. 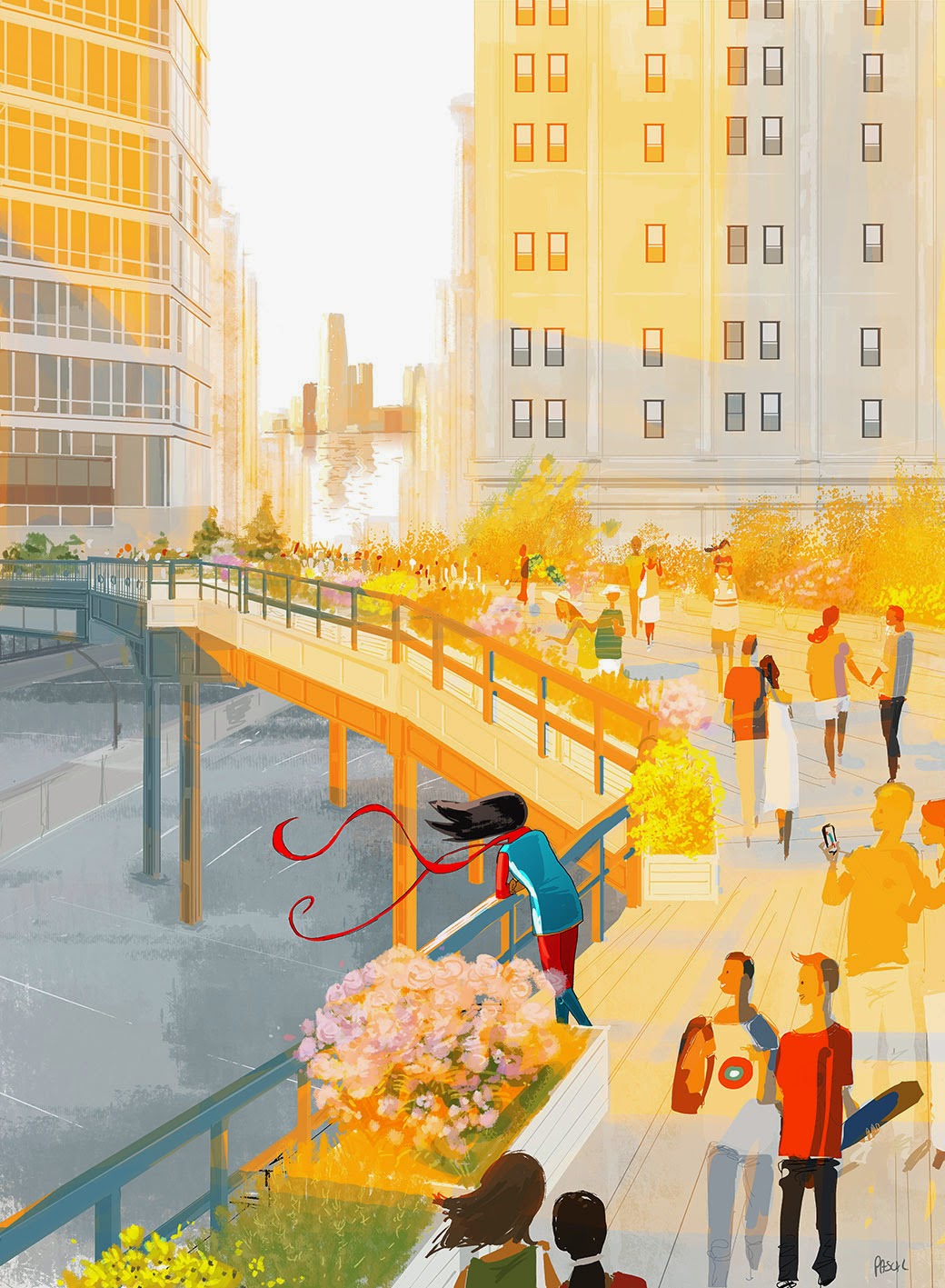 These are cool: Marvel Unveils Beautiful NYC-Themed Covers in the Wake of DC Moving to California.

I feel as though I should brag a little about this: My dad, who is deep enough into his eighties for that to be understating his age a bit, has sustained his second sports related injury of 2015, this time on the tennis court. He's okay-- hip and ego bruised, so a little quiet applause as he walks off the field under his own power seems in order.

The news of Gunther Grass' death got me thinking about post WWII German writers, a group I cannot claim to have a great deal of experience with. I've read The Tin Drum, but that's it for Grass. The other guy I have some passing familiarity with is Heinrich Böll, who was more to my taste back when reading modern European literature was a thing that I did. (That's Grass on the right, Böll on the left, and John Dos Passos in the middle in the lighter colored jacket.) If you have a few minutes sometime, and you are in a library, look up "Murke's Collected Silences", which is pretty funny as stories by German Catholic existentialists go. If I could read German I might have another go at Grass-- it must have been a complicated thing to have lived and written the way that he did, having been what he was. Unfortunately, one of the things that I concluded when reading modern European literature was a thing that I did was that German seems to translate into English really badly. Since I can't read it the way he wrote it I'm going to give The Flounder a pass.

Outside Counsel finds it notable that HRC seems to be running as a foreign policy mavin. Indeed, I cannot recall a Democrat leaning this heavily on foreign policy credibility since Scoop Jackson-- whose hawkishness was similar to Secretary Clinton's.

(An aside. One of the highlights of the State University of New York's Washington Semester Program was sherry at the home of Avril Harriman. Harriman liked to be addressed as "Governor", and we were painstakingly instructed on this point: he favored that title over Secretary because Governor was the highest elected office he had held.)

The Republican field is, I think, running against a chimera: the Barrack Obama that they think of as the Kenyan Usurper. Eight years ago the world economy was in pieces on the ground, and now the various Republican candidates are saying that they want to restore the country. Obviously they really hate black people, and poor people and gay people and just about everyone else that isn't a white rich guy, but that's really not much of a coalition, is it? Bush is a Bush. That should be the end of it. Rand Paul is busily pissing off women, apparently in order to show that Mittens was a piker for only writing of 47% of the population. His base is that kid in your Intro to American Politics class who carried around a copy of The Fountainhead. Cruz is the worst Canadian in history. It is certainly true that the filed is wide open, but crazy, hateful or incompetent isn't a very appealing set of options. And there's more to come! 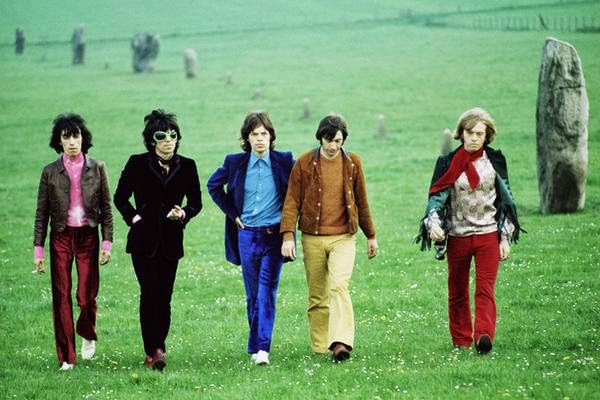 “Let’s remember who she’s beaten in her career: Rick Lazio and John Spencer.” While I agree that HRC has seemed clumsy in her recent appearances, I think there are mitigating circumstances. First of all, when you are on defense it is hard to not seem defensive. I think this is aggravated somewhat by the fact that the stuff  that they come at her with is so trivial. The email thing is stupid two ways: it was stupid of her to use her own server-- but it is also stupid to make a big deal about it. At this point she has lost one election, and that one she lost for two reasons. First, Barrack Obama was going to be tough to beat; and second, she got lousy strategic advise on how to roll up the delegates she needed to win. I can't help but think that ol' Bill was kept somewhat at arms' length as well, a mistake that poor Al Gore also made. That won't happen a third time. When you have Bill Clinton, you use Bill Clinton.

The other consideration in thinking about the Upcoming is that from what I can see there really isn't anyone in the Republican field who is likely to have much appeal outside of the core third of the probable electorate. I'm sure I will be surprised, but this group of prospective candidates impresses me as even more loathsome than the last batch. I also think that right now, on social issues, the Republican party is reading the country wrong. HRC should resist her somewhat perverse inclination to run to the right, and run as a Democrat.

Subjects for further research: Tourism and convention boycotts are being called for over the Indiana  "religious freedom" law, and some state and local governments have already banned non-essential travel to one or both. FiveThirtyEight has a survey of past efforts in this line, including the NFL's boycott of Arizona over the Martin Luther King, Jr. holiday.

I suspect that one reason these boycotts aren't more successful is that conventions and meetings are typically planed several years in advance, and the contracts that the visitors enter into probably do not allow for cancellation due to hateful and stupid state legislatures. A stand on principle is a fine thing, but a big financial hit for relocating your annual meeting to someplace other than Hot Springs is another thing altogether. It would be interesting to survey this.