A good way to know if an article by a law professor about the Supreme Court, or Constitutional law is legit or horseshit it is to skip to the bottom first to check out where the professor teaches. Today's NYTimes has a piece by a guy named Barry McDonald in which Professor McD suggests that there is no urgency to filling the presently vacant Supreme Court seat because,


[A]n evenly divided court may prompt the justices to reach practical compromises that assist real-life litigants, instead of making bold, sweeping and highly debatable proclamations about the meaning of the Constitution. Being a dispute resolver rather than a Constitution oracle surely fits better into the intended — and democratic — constitutional scheme.

I foolishly did not follow my own rule, and therefore did not realize that Professor McDonald teaches at Pepperdine University-- you know, the place where Ken Starr used to teach? What's going on at the Harvard of Malibu these days? Well, hey, they just held a big ol' symposium featuring Ed Meese and Dick Cheney. Classy!

Professor McDonald tells us that the concept of judicial review and the role of the judiciary in governance as we understand those things "would be unrecognizable to the framers of the Constitution." I put it to you that this is either a deliberate misrepresentation, or that Professor McDonald has somehow mislaid his copy of The Federalist Papers. As Alvy Singer might have said if Annie Hall was about Constitutional law, "I happen to have Alexander Hamilton right here....."


The complete independence of the courts of justice is peculiarly essential in a limited Constitution. By a limited Constitution, I understand one which contains certain specified exceptions to the legislative authority; such, for instance, as that it shall pass no bills of attainder, no ex post facto laws, and the like. Limitations of this kind can be preserved in practice no other way than through the medium of courts of justice, whose duty it must be to declare all acts contrary to the manifest tenor of the Constitution void. Without this, all the reservations of particular rights or privileges would amount to nothing.

It is probably true that the federal judiciary is not particularly "democratic", but that is by design-- the job of interpreting the law is not a job that is best accomplished by democratic means. For reasons that I suspect are largely demagogic Professor McDonald has elected to misrepresent Constitutional history and over two hundred years of stare decisis in order to advocate for judicial gridlock. Lesser men would be ashamed,

Hey, it's Miles Davis' birthday! I am going to celebrate with some late Miles: Dark Magus maybe, or Tutu. Then I am going to watch Dingo, which my brother got me.

Bob Dylan's birthday. I'll figure out a way to mark it later; my copy of the new standards set doesn't arrive until tomorrow.

I started and ended the week thinking about dead lawyers-- Saturday was the luncheon for Elinore Klein. 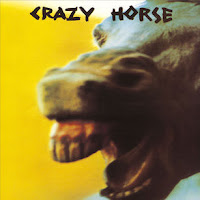 I had about a million chances to buy this side when it was on the racks, and I should have. If I saw a copy in decent shape I might still, I suppose, and if I really wanted it I could go on eBay, but that seems inauthentic somehow. I can, however, play it in Apple Music, and that works just fine for me. This is Crazy Horse with both Danny Whitten and Nils Lofgren, and it is pretty great. Back in 1970 there were a lot of bands working this vein, but the Horse was better than most of them. The version of "Beggars Day" on this side is dynamite. Produced by Jack Nitzsche, featuring Ry Cooder on a couple cuts-- check it out. I hadn't heard it in years, chances are the same is true for you, and it holds up.