I've been thinking about the admissibility of what Michael Cohen might say. A. who is more conversant in the law of Privilege than am I tells me that although his advice to his client might be privileged, the underlying facts would not be. So, for example, a client might say, "I have a prospective deal in the works which will be all in cash. How should I handle that?" Per A., Cohen's response would be inadmissible,  but his knowledge about the transaction would not be. I should research this....

There is also the interesting issue of whether an incentivized witness is credible.

Interesting. You could have a lot of fun playing with this information


Thirty-three states have enacted abortion restrictions since 2010, while just 17, plus the District of Columbia, have not. 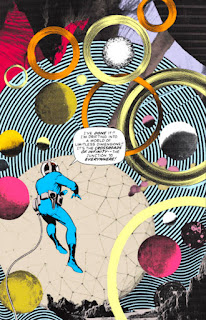 The 100 Most Influential Pages in Comic Book History

U.S. Attorneys’ Manual has six specific safeguards to ensure that the Department of Justice doesn't violate attorney client privilage in cases where an attorney is the subject of an investigation. It's interesting reading. In addition to a heightened chain of review they include:


The following review procedures should be discussed prior to approval of any warrant, consistent with the practice in your district, the circumstances of the investigation and the volume of materials seized.


My first reaction upon hearing that the FBI raided Michael Cohen's office was that whatever they have on him must be pretty big. Now I'm not so sure this is a trail that leads past Cohen. This looks like a straight up case of criminal conduct by Trump's lawyer-- bank fraud, probably. He's in a box, since he can't flip on his client.

The real story of how Staten Island came to be part of New York — a perennial question for a borough that often seems like it wants to go its own way, and another four boroughs that might be inclined to let it — is more complicated. It involves an exiled prince, 100,000 beads of wampum, and a nineteenth-century out-of–Supreme Court settlement that gave rise to a twist ending in 1998.

Ross Douthat, of all people, fancies himself a Catholic intellectual, and the New York Times is enabling his delusion. First of all, there's no such thing as a Catholic intellectual anymore. The contradictions in the institutional Church have consumed its doctrine. Add to that the fact that Douthat is probably the second stupidest man on the NYTimes OpEd, and probably right behind Maureen Dowd for overall runner-up status and you can understand why I basically read the NYTimes for the box scores.