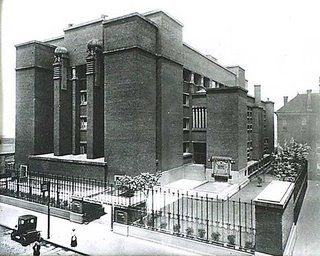 I thought I'd cross-train Sunday, so I got on my bike and rode to the river. For variety, I went over the rail bridge, then down to Ferry, along Niagara, over the trail that leads to Porter, then through LaSalle Park. I continued past the Largest Inland Naval Park in the Whole World, then into the Cobblestone District. The demolition of the HO Oats elevator was ongoing, a mobile crane with a weight shaped like an inverted "U" clanging into the concrete walls. They are working from what I think of as the back-- you can't see the demolition from the Skyway-- and I assume this is deliberate. The area is fenced off, with big purple signs that announce that this is sovereign territory. The mast of the crane flies a Seneca flag, and the whole thing looked to me like a big extended middle finger. "Our sovereign territory. Not your history. Our sovereign territory, to do with as we please."

I can't say that the elevators ever seemed like more than a monument to a bygone moment in the history of the city-- they outlived their usefulness, and were not especially attractive. Even so, they were interesting looking, which is more, I expect, than we will be able to say about the casino.

Everybody talks about this location as the Cobblestone District, by the way, and that is accurate enough, but it didn't close the circle for me. Where this actually is located is next to the Perry Street projects. People are often surprised that I am unsympathetic to Native Americans, but concerned and angry about the treatment that African Americans receive in our society. If this seems contradictory, perhaps it is: Europeans have screwed everyone they could for all of their history, but I'd have to say that if you'd like to see a visible example of how the North American native population got a better shake than the people that were brought here as property you could do worse than to hustle down to the corner of Perry and Marvin. On the one side there is a section of the City of Buffalo that has been ceded to a group that is acknowledged as sovereign. On the other is some of the most dismal, poverty blighted public housing I've ever seen anywhere.

I finished off my demolition tour by going down to the Larkin site. All that remains of the Administration Building is a section of wall. I've driven by it-- it is next to the railroad bridge that goes over Swan Street-- but I'd never stood next to it; I'd assumed that it was a portion of the building itself, but it is not. It is a fence pier, I think the one shown in the bottom right of this photo. Then I rode home.