Caroline and Jared have a wedding page. It is, unsurprisingly, adorable

Upcoming, a trip to NOLA with the Academy of Hospitality Industry Attorneys. The meeting will include a visit to the National World War II Museum, which I'm somewhat ambivalent about. I have mentioned in the past that I believe Slaughterhouse Five may be the finest American novel about the WWII experience, and the reason that I feel this way is that Vonnegut never tries to pretend that the experience of the war was anything other than horrific. Fairly early on he tells a story about visiting a friend from the Army whose wife becomes agitated and angry over the course of the evening. She finally erupts and says, "You were all babies," meaning, of course, that all of the combatants were children, sent to be killed. Mailer's point in The Naked and the Dead was similar: the absurdity of the war for him is embodied in the pointless scouting mission that accomplishes nothing and ends with the retreat from the wasp's nest, but unlike Mailer Vonnegut does not try to pretend that there is any point to individual acts of resistance.  Slaughterhouse Five's subtitle is The Childrens' Crusade and he does not mean it ironically.

So, for me, romanticizing wars is an abomination, and grief should be a private thing. There are the children who are sent to be killed, and when I see a soldier or a sailor in an airport or something I do not feel a stirring of patriotism. I don't think, "Thank you for your service." I think, "You poor dumb bastard," and then I think about the men who are taking those young lives, those babies, and I think, "You monsters."

This piece, about why WWI is seldom depicted in film makes a good point. It is harder to romanticize that war.

I suppose any work of art can be said to be worth revisiting, and I try to walk that talk: I'm a re-reader, and every now and then I will return to a recording that I haven't listened to in a while to re-assess my thinking. Sometimes something doesn't click because of who I was when I encountered it.

And sometimes the work doesn't click because of what it is. I've returned to Their Satanic Majesties Request  more than once. It remains a mess. Is it an interesting mess? Frankly, I don't think so.

One of the clear trends in Supreme Court 8th Amendment jurisprudence is an increasing reliance on quantitative analysis. Although both Justice Scalia and Justice Thomas reject this approach in favor of a literal reading of the text, that is reductive in my view. At some point the so-called 'plain meaning' of any phrase or sentence requires context, and the approach Justice Kennedy takes in Roper v. Simmons seems to be a reasonable extension of Chief Justice Warren's reasoning in Trop v. Dullas, where we get the concept of "Evolving standards of decency". What does "unusual" mean? Is what was once usual always usual?

I thought this piece was interesting in view of that discussion. . In my practice I've encountered similar sorts of knowledge gaps with judges, particularly in the context of electronic discovery. It is less prevalent now, but judges really didn't understand how computers in real life are different from, say, the computer that Mr. Spock talks to. It is shocking to me that a guy like Roberts, who must have taken a statistics course at some point, finds this stuff so difficult to grasp.

The York State Bar Association has endorsed a "Yes" vote on the Constitutional Convention. I understand the concerns of those who oppose this: in a nutshell, there is a non-zero chance that parts of the State Constitution that are good, and that we like, might be lost. I think think that these fears are somewhat overblown. For one thing, whatever proposals emerge from the Convention must be approved by referendum. For another, the tendency of such conventions is to add rights, not take them away. And finally, I believe that our present Constitution, written in 1894, with the last major changes made in 1938, no longer does the job it needs to do. I intend to run for a deligate's seat, so if that comforts you let me know and I'll show up for your signature on my petition

I am troubled by what seems to be a broken government. Bush was the worst President of my lifetime on a policy level, and one of the things that made him so very horrible was that he was surrounded by people who knew all the buttons and levers of the federal bureaucracy. This knowledge, which came from years of experience stretching back to the Nixon Administration, enabled the Bush team to implement catastrophic policies which lead to two wars and a wrecked world economy. Trump, in contrast, seems bent on breaking things for the shear apres moi le deluge hell of it. But it goes beyond that: this Congress is staggeringly awful, populated with sycophants, lickspittles, hacks and poltroons to an extent unusual even by the history of the United States Congress. 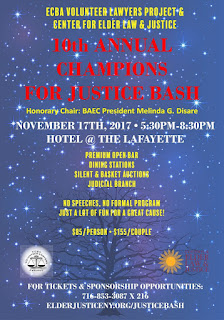 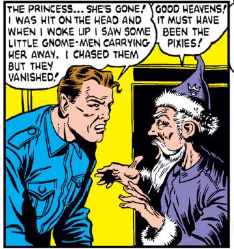