I wanted to look up something about On the Corner, so I pulled down Jack Chambers' Milestones: The Music and Times of Miles Davis. I could have as easily  grabbed Ian Carr's bio, or The Autobiography, and the end result would have been the same-- I got sucked in, and now I don't even remember what it was that I was trying to look up. I'm up to the Prestige years.

I am not sure why, but for the past few months I have been surveying Fleetwood Mac. I've been paying particular attention to Then Play On, which deserves, I think, a better sobriquet than "Brit Blues"-- Peter Green got it in a way that John Mayall wished he could have. Middle period Mac-- Danny Kirwan/Bob Welch Mac, I suppose, was what I liked back when I was an undergrad. Of course, they broke through with Stevie Nicks and Lindsey Buckingham, along with Christine (Perfect) McVie as principle songwriters, and at this late date I guess I have to concede that Nicks, as loopy as she has always seemed to me, is the real deal as a rock singer/writer. McVie's work pretty obviously required context that she couldn't produce outside of a band setting-- I bought a copy of her solo album (called "The Legendary Christine Perfect Album"in the US) and immediately realized that I'd been had. Buckingham's solo stuff cracks me up, and I am glad I own some of it, but again, what is clearly going on there is that he's a flake who does his best work when someone calls him on his flakiness. Nicks understood it all. I never need to hear "Leather and Lace" again, but I respect it. Nicks wrote a hit single, and good for her. She has written, actually, a ton of them, and just because I don't like them doesn't mean that they aren't  exactly what they are supposed to be. So, yeah. Great rhythm section that kept lucking onto great writers. Is there anyone else quite like that?
spending some time with

I don't always agree with Nat Hentoff's politics. He is too libertarian for my taste, except on reproductive choice-- I understand why he'd think he was being consistent there, but we disagree on personal autonomy in that context. Still, he has always been worth reading on politics, and I have never gone wrong listening to something he has recommended. Someone who contributed liner notes for Giant Steps and The Freewheelin’ Bob Dylan is likely to be a guy whose advice on music is worth listening to, dig? It is rare to find an autodidact as well informed on constitutional issues as he is....

This Wall Street Journal article is going to have everyone in town freaking out, but they shouldn't. Kicking Buffalo is old hat, and anybody who thinks that the city can be described as featuring "gray monolithic boulevards and a pervasive sense of desolation," is way, way off base. To be sure, there are ruined remnants of what the place was like back around the turn of the 20th Century-- it isn't Dallas, after all, or Las Vegas. Some cities don't show their bones, and I'd say they are less interesting for it. Would you rather go to Athens, or to Houston, you know?

Listening now it is striking how regional sounds mark the popular music of my younger days. East Coast vs. West Coast is what's on my mind because 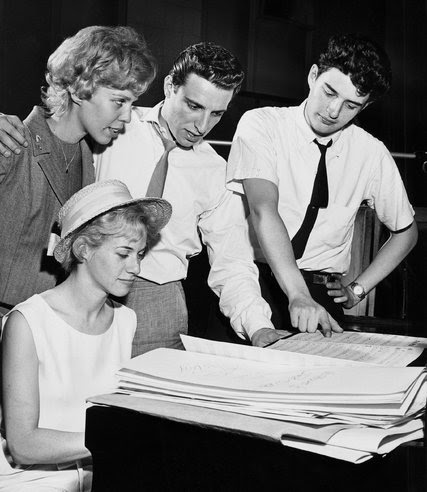 Gerry Goffin just died-- the songs he wrote with Carole King were as New York as a hot dog with sauerkraut, and couldn't sound more different from, say, the songs that Sonny Bono was putting out, or Phil Spector, to pick just two examples. I couldn't hear it then, but there is all the difference in the world between the West Coast sound of the Wrecking Crew and the music that the Funk Brothers were making in Detroit. The Detroit sound was different from Stax, and Stax was different from Philly....

And I suppose it has been that way as long as there has been recorded music. If you came out of the Territory Bands that played the Midwest you were going to sound different from cats who learned their chops in Harlem, or Chicago. Lately I have been thinking that a comprehensive history of record labels in America needs to happen, and maybe that's the way to structure it, city by city.

How Grand Central was nearly lost, and ultimately saved. The whole story is great, but the best part are the names: Mitchell, Cheney, Rumsfeld, Rehnquist.... If anything the account is light on identifying the gonifs involved. Walter Wriston, sure-- but who were the lawyers? Count on it, there were a lot of white shoe firms that got their beaks wet as this whole thing went down. 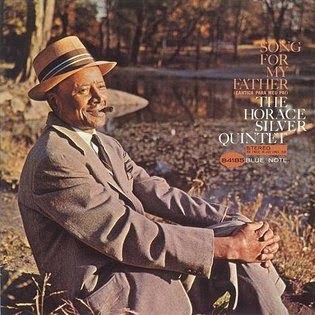 So long, Horace Silver, and thank you. Not just for your own music-- which is great-- but also for being the pathway that led me to so many other great musicians.

Higgins replies --with the same form I got last time-- but it is a reply.

Here's what I think I am going to do: I will post a daily count of persons killed in school or workplace shootings every day until I hear back from Congressman Brian Higgins. (He's my representative. Most congresspeople now filter out mail by zip code so they don't have to deal with non-constituents.) After Sandy Hook I wrote to Congressman Higgins every day for over a month before he came out and announced his support for gun control legislation; the way I reckon it it even if we can't get a law passed we can find out who stands in support of gun violence if we get a vote. That would be useful information in this election year, don't you think?

As of today the count stands at 2. Congressman Higgins?

Update: As of this writing the count is 3. Follow along here 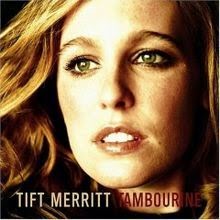 I download music to my phone on something of a "subjects for further research" basis, so listing on Shuffle is sometimes an exercise in serendipity. As is often the case when a song pops up I have no idea where it might have come from, and so it was Friday with "Good Hearted Man" by Tift Merritt. I was aware of Ms. Merritt before, but had no sense of what her sound was like. On the strength of this tune I'm kinda impressed. "Good Hearted Man" has a horn section that sounds like Ms. Merritt likes "Midnight Train to Georgia" as much as I do, and that's a fine thing. Country + Soul= Memphis I'd say. The album it is from, Tambourine (2004) features  Benmont Tench and  Mike Campbell among others, and although I'm not hearing another cut that knocks me out quite the way "Good Hearted Man" did, I think I will go back to Ms. Merritt's work, and if she comes to town I will absolutely see her.

"On January 20, 2009, when Obama delivered his inaugural address as president, he outlined his coming domestic agenda in two sentences summarizing the challenges he identified: “Homes have been lost, jobs shed, businesses shuttered. Our health care is too costly, our schools fail too many, and each day brings further evidence that the ways we use energy strengthen our adversaries and threaten our planet.” Those were the four major areas of domestic reform: economic recovery measures, health-care reform, a response to climate change, and education reform. (To the justifiable dismay of immigration advocates, Obama did not call for immigration reform at the time, and immigration reform is now the only possible remaining area for significant domestic reform.) With the announcement of the largest piece of his environmental program last Monday, Obama has now accomplished major policy responses on all these things. There is enormous room left to debate whether Obama’s agenda in all these areas qualifies as good or bad, but “ineffectual” seems as though it should be ruled out at this point."

And you know what? He's done pretty well on foreign policy as well. His style is low-key, and I'd say that's why the significance of ending two wars, restoring the most disastrously broken economy of the past hundred years, and reshaping healthcare in America look like such modest accomplishments.

In his many interviews and public appearances, Mr. Nez expressed unmistakable pride in his wartime work. But the irony of what that work entailed was far from lost on him. “All those years, telling you not to speak Navajo, and then to turn around and ask us for help with that same language,” he told USA Today in 2002. “It still kind of bothers me.”

In the US it is always about race. Always.

This week's ArtVoice pretty much confirms it: there's no music coming through town this summer that has me excited

"Dear god, Maureen Dowd is the worst thing that's happened to cannabis consumption since Quicksilver broke up". The NYTimes should make this a regular feature: Go Ask MoDo. I would read that so hard… I have long assumed that she’s drunk most of the time (likewise Brooks), but this breaks new ground.

I was in Boy Scouts with the scion of the Entenmann's bakery-- we always had plenty of their chocolate chip poundcake for meetings and camping trips. A few years later I'd ride my bike past the gigantic bakery of Fifth Avenue. It always smelled like cake, like a birthday. Now that bakery is closing, and it makes me kind of sad.