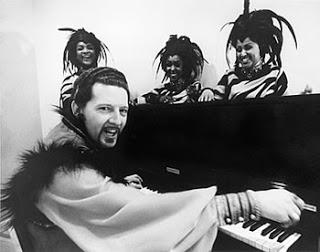 I've heard two of the Jerry Lee Lewis numbers from Catch My Soul, and they are amazing. The show was a musical adaptation of Othello, with the Killer cast as Iago, and I've only been able to find the songs on Youtube: "Lust of the Blood", and "Let a Soldier Drink". Both couldn't be more Shakespeare-- or more Jerry Lee Lewis.

Hugh Hefner paid his writers well. A lot them wouldn't have been able to get by, but when they needed some money they could whump up a short story, or do some reportage-- usually on Playboy's expense account-- and then cash a nice check. That's important. I'm not so sure that the mid 20th century writers he published sent Playboy their best work, but I certainly read some pretty good stuff in it.

Culturally we have probably/mostly outgrown the Playboy Philosophy, and Hef himself turned into a lascivious cartoon, but on balance it seems to me that American attitudes about sex have evolved a great deal in the last half century, and Playboy had a lot to do with that.

I've often wondered if Bruce Springsteen knows anything about cars. Specifically, the opening to "Racing in the Streets"-- does the opening mean anything, or is it just gearhead-sounding word salad? I did a quick internet search and came up with this: " If I had a '69 Chevy with a 396 and I had fuelie heads, the 396 would probably be in the car and the heads sitting on a shelf somewhere because they fit the Chevy small block engine (283, 302, 307, 327 or 350) not the big block (396, 427, or 454). That's bugged me every time I've heard the song."

And while we are on the subject, I don't think Bruce Springsteen knows much about being a tough guy, either. "Here, stuff this in your pocket, it'll look like you're carrying a friend," is pathetic. Just get a handgun, "Meeting Across the River" dude.

Also, did anyone ever say to their girlfriend, "So put on your stockings 'cause the night's getting' cold"? I doubt that. 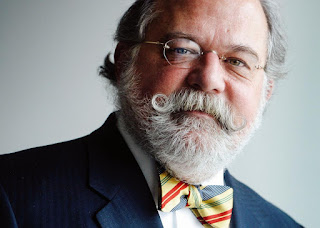 I went to court today feeling pretty good. Freshly showered and shaved on the sort of morning when that sensation will last, dressed in a nicely starched shirt, wearing my favorite suit and a tie I have long been fond of. I should dress up like a lawyer more often, and to that end I want to make a note: this guy's tie is fantastic.Guys who spend that much time on their facial hair are guys I don't get, but that tie is a beauty.

Bill James is tired of the NFL. Big deal. Who isn't? Fact is, James's interest has probably been sustained for this long because he fancies himself a degenerate gambler, and the NFL is great to gamble on. Since football gambling is only legal in one state you might not think that this would be at the heart of the sport's appeal, but stop and think about it: the only other sport that newspapers run odds for is horse racing. Why do you suppose that is? We know it's because a $2 bet makes a horse race interesting-- without skin in the game it's just animals running.

Horse racing and boxing were the most popular sports in America at the beginning of the 20th century, and now boxing has been reduced to a freak show, and the ponys have become a two minute diversion on the second Saturday in May. There are a number of reasons for this-- but I'd say that boxing reached its point of no return when the world watched Mohammad Ali shuffle through the torch lighting ceremony in 1996. There was no denying it after that: Ali: beautiful, righteous, a hero, had been destroyed by the thing that had brought him to greatness, a sport which has as its point the purposeful infliction of neurological damage upon the adversary. A crippled  Earl Campbell is one thing-- an ugly, horrible thing, to be sure, but "injuries are part of football" we have been told. Brain damage though, that's something that is harder to shrug off, and who today can deny that this is part of  the point of football?

Somewhere David Halberstam, or maybe  Fredrick Exley, or one of those guys, wrote about the pleasures of watching the NFL back in the Frank Gifford days, perched in PJ Clark's. "Nobody had to tell us about it," whoever it was said. "We could see how good it was." Well, yeah. There is no getting around the beautiful athleticism of pro football-- its speed, its power. NFL athletes are amazing, but they are ruining themselves on every play. The day is not far off when football's numbers start to slide, and I will miss it, a little.

Kate Millett dead. A friend recommended Sexual Politics to me when I was an undergrad, and it informed the way I've read texts ever since. She was right, Prisoner of Sex is not one of Mailer's best, but the politics of sex is where Mailer was generally at his weakest.

Thought I'd give Comrade Detective a watch last night. The premise is that it is a "found" Romanian cop show from the 80's, played for laughs. The 80's represented a lull in my TV watching, but I'd say they have the look of the period about right, including cheapening up the production values. And don't get me wrong: the 80's were a dark time, and anything that portrays Ronald Reagan as the genial monster that he was works for me, but the show plays Communism for laughs, and Romania probably had it rougher than just about any Iron Curtain country I can think of. I guess my problem is similar to my Hogan's Heros  problem: there's nothing really funny about POW camps, or pediatric AIDS. I'm not saying that comedy can't be made from those things-- comedy can be made from pretty much anything. If you are going to take a run at it though it shouldn't feel like punching down.