It would be interesting to see what attempts have been made in the past to measure voter satisfaction with their choices. Such a study could incorporate several axises: satisfaction over time while the candidate is in office, the type of office held, retrospective satisfaction once the candidate has left office.... It seems to me that there is seldom much buyer's remorse with candidates who are elected to legislative office-- they tend to get re-elected which is probably the most important metric. On the other hand, I don't hear many people saying aloud that Bush fils was a choice they regret, even though he was spectacularly, historically awful. Trump's negatives are pretty amazing for a guy who has only been in office two weeks. Of course, approval ratings give us one such metric:

It's also always worth keeping in mind that the majority of voters didn't like Trump in the first place. In fact, only 45 percent of Republican primary voters (the hardest nuts of all) voted for him. This makes something like the spontaneous protests that erupted over the weekend (over one of Trump's core promises) more understandable. Notwithstanding the vociferousness of his hard core, most people don't like what he represents, or what he is doing. Whether this will mean that people will turn out for the Midterms, and vote with the recognition that it is Congress which is enabling him remains to be seen-- I am pessimistic, but you don't have to be. What none of us should be is complacent.

And by the way: I find it weirdly troubling that the hard core Trump supporters on my FB feed are people I went to Catholic high school with. Were they all out on the days when we covered stuff like the Gospels?   I suppose if a substantial portion of one's formal intellectual training rejects evidence in favor of "faith" one might begin to assume that opinion is a sufficient basis for otherwise unfounded beliefs. That's a discouraging path to go down but it certainly accounts for the vehemence. 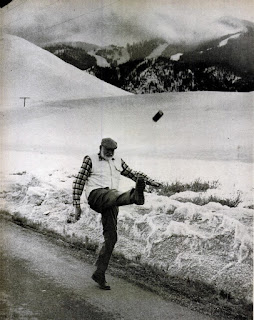 Funny thing about this photograph: I know exactly where it was taken because I ran there multiple times. It's Ketchum, Idaho, where Hemingway killed himself, and where he is buried, on the road that runs past Sun Valley. It's a pretty good altitude, but it took me a day or two to remember that, which meant that I was really puzzled by how lousy I felt running in the morning. I attributed it, at first, to the fact that it was hilly, but it was actually because the air had no air in it. Hemingway's cocktail, Death in the Gulf Stream, is all over the internets today for some reason-- gin over crushed ice, with four dashes of bitters and the juice and crushed peel of a lime it sounds like the kind of thing you'd have when a handle of vodka wouldn't be properly refreshing.

My understanding of British Constitutional Law isn't all that it maybe should be. I get that it is based on an "unwritten" constitution, and I understand that this means that it is basically a common law tradition, but it is still difficult for me to get my head around. Even so, it seemed odd that the Brits thought they could abrogate a treaty by referendum. The US Constitutional principle is that treaties are the highest law of the land, and we had to have gotten that idea from somewhere. Now it turns out that the Supreme Court of the United Kingdom sees it that way too, and Parliament has to sign off on Brexit. Because we live in stupid times Parliament is going to do it. That's disappointing,  but at least it shows I have sort of a grasp on British Constitutional Law. La la la, the center cannot hold 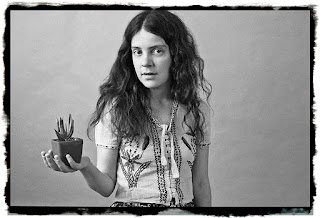 I'm not sure how many times I've seen the Roches-- whenever I could isn't very precise but it is accurate. At least a couple of times at the Tralf, Carnegie Hall, here and there in the Village. whenever I saw them I was always transcendentally happy, and now Maggie Roche is dead. I am close to, but not quite a Roche sisters completist-- I have a copy of their John Kerry campaign song, for instance, and a Willie Nile album that they sang some back-up on, but their later solo stuff never really grabbed me, and I'm not sure why. They always felt like people I knew, even Maggie, who was the mysterious one.

Wayne Barrett, dead. It's funny how the old Village Voice shaped my perspective-- Barrett was unsparing, and I'm glad I found him as early in my life as I did

UPDATE 1/25/2017 I remember reading this Barrett piece about Trump's proposed West Side development project back in the day-- I think a lot of New Yorkers were familiar with him from those days, and knew him to be a gonif. That's why we were so surprised that so many hicks, rubes and marks bought into his shtick.


While Koch and his aides talked the plan out, Donald kept the pressure on, leaning on the mayor by phone. “You’ve got to make a decision,” he told Koch. “I can taste the deal in my mouth. Today. Today.” The mayor dismissed the call as Trump chutzpah. “He becomes so overbearing that people capitulate,” Koch said.

I love the historic Market Arcade building where our offices are, and am very impressed with the way the landlord, Sinatra Realty, runs the place. One of the challenges of the place has always been the restaurant, which has been two different brewpubs, and a Cajun joint,and a couple of other concepts over the years. It's a big space, and nobody ever seemed to  be able to figure out how to make it work. Sinatra figured out that one big restaurant hadn't worked out, so he carved it into a food court, which created dining diversity and made it sustainable for lunch and the pre-theater crowd. The Expo, which is a dumb name, has a bar and an excellent sushi bar and a pasta stand and a couple of other things. It used to have a sandwich shop which I quite liked, but that has folded its tent, and will be replaced by a gourmet hot dog stand. I don't really see that working, but I wish them luck 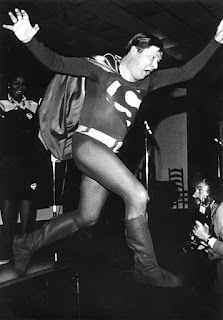 I wonder if there are enough Senate Republicans with the spine to trip up some of Trump's Cabinet nominees. I wouldn't have guessed Marco Rubio, and frankly the mere fact that they all knuckled under during the campaign isn't encouraging. The last time it happened was John Tower in 1989, which was made even more remarkable because Tower was himself a senator. (Fun story: in the Senate office buildings three rings signal that a senator is summoning a car. A friend was on an elevator once when Tower strutted on (he was kind of a little fellow) in full Stetson and boots when the call rang three times. The operator turned to Tower and said, "Hold onto your hat, cowboy, there's a Senator on the line." As the story goes the operator was never seen again.) Tower was a nasty piece of work, but since when is that disqualifying?

UPDATE 1/23/17  What was I thinking? Of course Marco Rubio buckled under, just like John McCain (did you know he was a prisoner of war in Vietnam?) and Lindsey Graham. Barry Goldwater published a book called The Conscience of a Conservative, but who was he kidding? Conservatives don't have consciences-- it would get in the way of too many cool things they want to do.

I'd be really interested in knowing if at any point Donald Trump's campaign had an actual electoral strategy. Was there polling? Did they know that there were people out there like this? Did they see a path to the necessary electoral votes that everyone else apparently missed? They must have know that his Tweets were working-- were they tracking the demographics on that?

On the whole Chuck Schumer has been a decent Senator, which is a low enough bar, but not one many clear. He voted for the Iraq War, which was not cool, and he is too Wall Street-y to suit me, although in fairness the financial community is one of his core constituencies. Where I think he has been very good has been on judicial nominees, and apparently he intends to adhere to that course. Good for him. (He's wrong about the fillibuster, though.)