More than anything else Outside Counsel is intended to be a notebook, a place for me to record thoughts that might otherwise flit away, and yet what I find, going over it at the end of the year, is that what I typically record tends to be along the lines of notes on culture, travel, politics and law. While that's fine, a great deal goes on that falls outside of those circles on my Venn Diagram. For example, until this entry two notable funerals we attended have gone unremarked on.

Dan Roach taught A and me Trial Techniques. (It was a small class, and everyone in it was notable: I was partnered with my friend Pat Dooley, the late Mike Doran, Cheryl Possenti, and Gary Carlton rounded it out. All are having significant careers). He was a product of the GI Bill generation of lawyers that opened up our glamor profession to a period of ferment and creativity that was unlike any other in the history of American jurisprudence. There are a handful of lawyers who have influenced every day of my professional life and Dan was absolutely one of them; he was a great influence on everyone he met. Civil, erudite and possessed of skills that were equaled by few and surpassed by none, he was a legend. On his last night alive he asked his daughter to read him Robinson Crusoe, gently corrected her few mispronunciations, then fell asleep. His funeral was a celebration of a life that anyone would want to have lived, and the sort of death we all might wish for, surrounded by his family.

On Christmas Eve Sean Hetzner died in his sleep at the age of 42, and we attended his funeral Saturday. Our block-and-a-half street is a funny little village in the heart of the city, and Sean's mother is sort of our unofficial mayor. The Hetzner family is a tight-knit unit that everyone loves, and Sean was a cheerful part of the fabric of our life on Lancaster Avenue-- and the lives of the larger community as well-- for as long as we've been in Buffalo. Around the corner from our house is Forest Lawn, a cemetery established in 1849, filled with 19th Century funerary art. One common memorial from that time is a sculpture of a tree trunk cut off at the top, an obvious bit of symbolism that perfectly represents the Hetzner's loss, although I am sure his stone will be more in keeping with contemporary style.

I like watching football, but since I never played it pretty much everything I know about it I learned from listening to the guys announcing it. When you stop to think of the stupidness that football announcers are prone to, it's a wonder anybody knows what's going on down on the field in this football game. Aaron Gordon has endeavored to quantify the best and the worst announcers by counting cliches, ("a lazy conjecture presented as an explanation for an event on the field," e.g., "They believe they can win."), factual errors: ( statements presented as fact that can be disproved in the moment by the average football viewer without additional research), nonsense ("instances...where a commentator said something truly foolish, rambled incoherently or demonstrated a misunderstanding of a word's meaning," e.g., ""A good challenge but maybe not worth the challenge."), self references, plays off (the play by play man says nothing during the play), and going off topic.

Endangered New York foods. I could go for a knoblewurst right now....

HOF News. Nirvana, sure. Of course, I suppose. Peter Gabriel. Yeah, I have no problem with that. Led an important Art Rock unit, solo career notable for incorporating world beat into mainstream rock, made music videos that were meaningful statements. Kiss. I guess you have to include Kiss. I always liked the kitty best. Cat Stevens. Seriously? He tried to kill Salmon Rushdie and wrote "Wild World". Either should be enough to exclude him. Linda Ronstadt? Close call. I'd say Heart Like A Wheel was a legitimate stab at making a perfect album, and there is, I think, enough additional solid work there to merit inclusion. On the other hand, she invented the Eagles, which is nearly as bad as trying to kill Salmon Rushdie and "Wild World" put together.

Fridays are law days (sometimes) here at Outside Counsel. Today, People v. Piznarski, in which the Third Department determines that New York's unlawful surveillance statute (Penal Law § 250.45 is properly applied in circumstances where sexual activity is consensual, but is surreptitiously recorded. The defense had argued that the statute was merely intended to cover straight up voyeurism. Nice try, creep.

The law of privacy all starts with Warren and Brandeis, but where it goes from there is what's interesting. In much of Western Europe privacy is treated as a civil right, but in the US the courts floundered a bit trying to figure out what this thing was. Perhaps because the law of torts was in early flower that's where they looked first, but proved to be stoney ground, and ultimately the concept took hold primarily in the Fourth Amendment, and in the penal law. Funny how that goes-- it is, for me, oddly reminiscent of the way law in Marxist societies is chiefly penal. Can't have a law of contract, because private contracts are illegal. Can't have a law of tort, because offenses against individual are offenses against the body politic, and are therefore crimes. Can't have a law of privacy, because-- say, what have you got there, Comrade?

Nominations for the Big Pink Hall of Fame close today, and Permanent Secretary Emily Smart will
be posting the names of the candidates over the next several days at that site. In that connection Outside Counsel congratulates Joe Torre, Bobby Cox and Tony LaRussa on their induction to Cooperstown, and notes that Marvin Miller has again been snubbed, which is a disgrace. 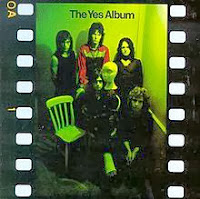 Finally, because I think it is hilarious, a word on the Rock and Roll Hall of Fame. The nominees for 2014 are a particularly good example of why the Rock Hall is the silliest thing since life preservers for ducks, but then again they are ridiculous every year. This year a bipartisan team of political consultants,  including the gurus who guided the campaigns of John Kerry and Rick Santorum have united to get Yes inducted. Man, the jokes just write themselves.

Should the persons depicted in child pornography be entitled to damages from the persons convicted of possessing such images? As the law stands persons convicted of possession of child pornography are jointly and severally liable to the persons in the photographs. The legal theory is that the mere existence of this material constitutes an ongoing tort, and that possessing or distributing it is the equivalent of the abuse involved in creating it. Is that true? Maybe it's true-- it is what Congress found when it enacted the statute, after all. That means we are obliged to treat it as true for the purposes of this discussion. This complicates the discussion, for me at least, because it sets up so much cognitive dissonance that I have a hard time getting to the merits. Really, a photograph of a horrific act is as bad as the act itself? But there it is, an act of Congress, signed into law.

When my clock radio advised this morning that a truckload of radioactive cobalt-60 had been stolen, naturally I assumed that this was part of a nefarious scheme by the Leader to thwart the Hulk. It seemed likely that the Fantastic Four would get involved, that there would be some clobbering time, and that things would resolve more or less satisfactorily.

Unfortunately, it wasn't the Leader at all. It was just morons.

Growing up, it was called the Old Heidelberg, a big Tudor pile on Sunrise Highway and Howells Road about five blocks from the house I grew up in. I must have passed it twice or more a day just about every day of my life, but it wasn't until I was old enough to go to bars, and a few years after it changed its name, that it became my local. At that point it was the Jon Thomas Inne, a name so vulgar that even then I was surprised that the SLA let them get away with it. It's owners were named Thomas and John, but even so. It's probably one of the few things in Bay Shore that had been there for as long as my family, and now it's burned to the ground. It's funny, I haven't been back in probably at least five years. The last time I was through town what I saw were the things that used to be where new things were, almost like an overlay on top of the things that are there now. The next time I'm through I'll see that pie-shaped wedge of land on Howells Road, and the Jon Thomas won't be there.